You can see that the preferred texts for my works are mostly taken from the Christian Scripture. One might reasonably wonder, how come. After all, we know from the seminal works of Annemarie Schimmel and Franz Rosenthal that uses of Arabic writing are heavily grounded in an Islamic religious milieu. If we have to name an ‘Islamic art” par excellance, it is Arabic calligraphy. It’s one of the first things we see in a mosque, those inscrutable windings of letters above the qibla niche, or the dome. It is a very “traditional” form of artistic expression. But here “tradition” should not be construed in its modern, almost pejorative sense of being old, stiff, and dustily lacking elegance. It is “traditional” in the sense that it, just as many other fields within Islamic culture, relying on going back uninterrupted through a chain of craft transmission back to the past, traced down to the origins of all things religious, to Ali ibn Abi Talib (d. 661), the cousin and son-in-law of the Prophet Muhammad (d. 632) himself.

Thus we need to understand: when an Islamic calligrapher exercises his craft, when he is licensed by his master, he becomes not only a receiver of an old craft, but also an inheritor of Islamic tradition going back to the root of Islamic revelation. As part of this view of the craft [and here I would not use the term “art” deliberately], “innovation” is not considered a virtue. A calligrapher looks back to a cannon of the craft, where originality and untamed individual expression to break the rules, is rather valued negatively. A great part of the calligraphy training is spent on “imitation” [taqlid, but also ‘tradition’] of the works of the great masters of past. This is a very typical “medieval” approach to arts, which is not characteristic to Islamic “arts” only; similar can be found within Europe.

And here comes the other side. Within a view of the craft of such a nature, calligraphy artistic expression has turned quite a formal one. The craft of writing letters is likened to “geometry of letters” [handasat al-huruf]; that approach has partially put the relation between a calligraphy form, its textual contents and usage of the calligraphy piece to a test. In other words, no one would object if we prefer writing a Qur’anic verse in a Persian miniature Nasta’liq over a monumental Thuluth. An extension of letters [kashida] in a heavily decorated Jali Diwani would not necessarily convey a sense of dynamics related to contents of the texts; we need not forget that the script itself has been designed to serve primarily administrative needs of the Ottoman chancellery where one would expect a loose relation between visual impression and contents. Or just as provocatively, we can conceive [in relative terms] the monumental Thuluth a ‘liturgical’ script to decorate the sacred space of mosques; but we can easily find it used within the prosaic domain of the administrative writings on Arabic bureaucratic institutions. In a similar line of thinking, same Thuluth script can be equaly found on the Ka’ba Kiswa, street signs on groceries, barbers’ shops or butchers’, or newspapers’ logos.

Function aside, we can turn to shapes. Going on with examples, an ‘ayn in theThuluth script can be be found in only a limited number of ideal shapes, regardless of whether we take this ideal from the works of Ibn Muqla (d. 940), Ibn al-Bawwab (d. 1022), Hafiz Uthman (d. 1698) or Hashim Muhammad from Baghdad. In independent position we have x 2 shapes [one rounded (majmu’a), one with a sharp ending (mursala)], initial one x 3 [one in a regular shape, one found before ascending letters, one written with a variation of the upper ‘eyebrow’ (hajib) part], then in a middle position x 3 [one ordinary, one similar to the initial ‘ayn, one connected to the ascending letter before it], then the final position ones x 2, stepping on the independent versions, yet connected [one rounded (majmu’a), one with a sharp ending (mursala)]. Overall around 10 variations, if I keep it deliberately simple.

True, the overall variety of combinations can be amounting to infinity; yet the degree of standardization seems flying in the face of every honest practitioner.

Such a degree of standardization of the art shape, to further on, would make the calligraphy design relatively easily subject to software automation, as letter shapes tend to vary only limitedly. Look at the examples below, made in a calligraphy software by me. I’d not say they are scandalously bad. The first one reads “Worthy is the slaughtered Lamb”, in a Thuluth script.

Or look at another computer one, produced by me as well. Again, a Thuluth composition: “I have anointed My king upon My holy hill of Zion”:

As if the “traditional” view predefines a formality unleashed. And here I gladly take advantage of this rift to push it beyond its boundaries. Formal calligraphy license would mean affiliation with the Islamic tradition per se; yet technical mastery of a script could be achieved outside of its religious foundation and usage.

If we cannot declare a linkage between contents, shape and function in Arabic calligraphy necessary, then we can afford the liberty to use the same shape to imbue it with different contents, for a different purpose. An artistic hubris as some would define it, I feel no compunction to re-utilize the Arabic calligraphy means for the representation of the Gospel.

Making the Word of God exalted in all languages and art forms is a necessity. 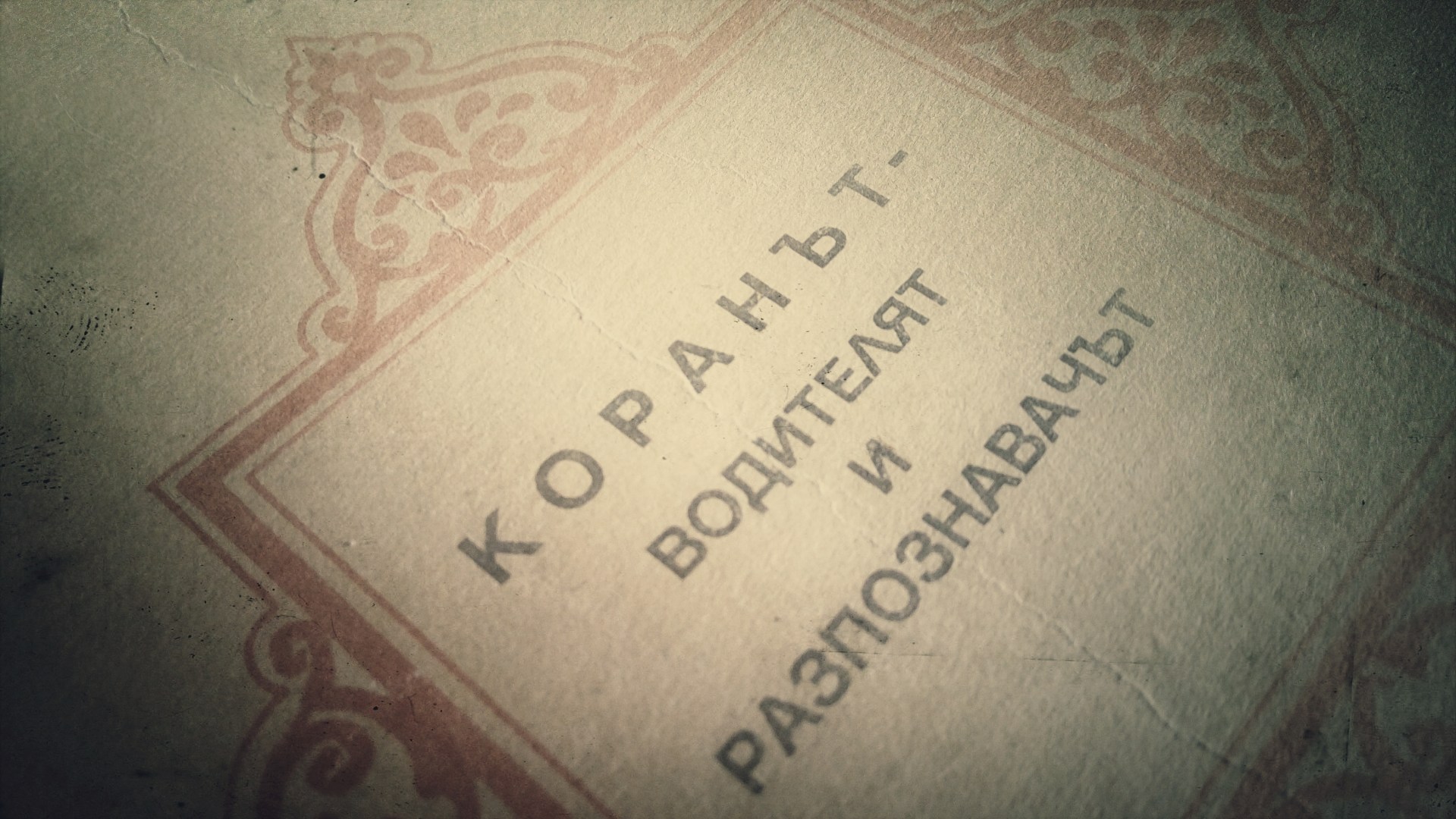 Parallels tend to spill over into, and down over to funny directions. Inevitable as it seems, we are easily tempted to project […]