Now I remember my strangely intimidating dream which I woke upon this morning, having slept till late.

A thought of the Arabic letter waw in the Thuluth script was tormenting me in my dream.

I was anxious to make a difference between the 2 ways of writing of its head, shared among letter such as waw, fa’ and qaf.

In my dream I knew that option 2 was most common, easier and used in ordinary handwriting, especially of not the more monumental Jali Thuluth version of the script, with the angle of the reed pen staying unchanged while hand flows down on paper.

Yet I was obsessed in my dream with option 1, I could see the hand gradually changing the angle of the pen against the horizontal line of the words while smoothly flowing on the paper surface.

I woke up with the thought that I shall adopt this, version 1, and as soon as I could, grabbed a 20mm bamboo pen and a sepia ink to benchmark both versions on brownish craft paper.

We know that the Ottoman calligraphy school was using the letter in multiple, symbolically charged mirrored compositions (the so-called çifte vav, double waw). And I recalled the anecdote of the great 17th century Hafiz Osman whose copy of the Qur’an is still sold as a lithography imprint. Once he had no cash and paid his ferry across the Bosporus with just a vav/waw letter written in his hand.

It is a story I read in Annemarie Schimmel’s „Calligraphy and Islamic Culture„. 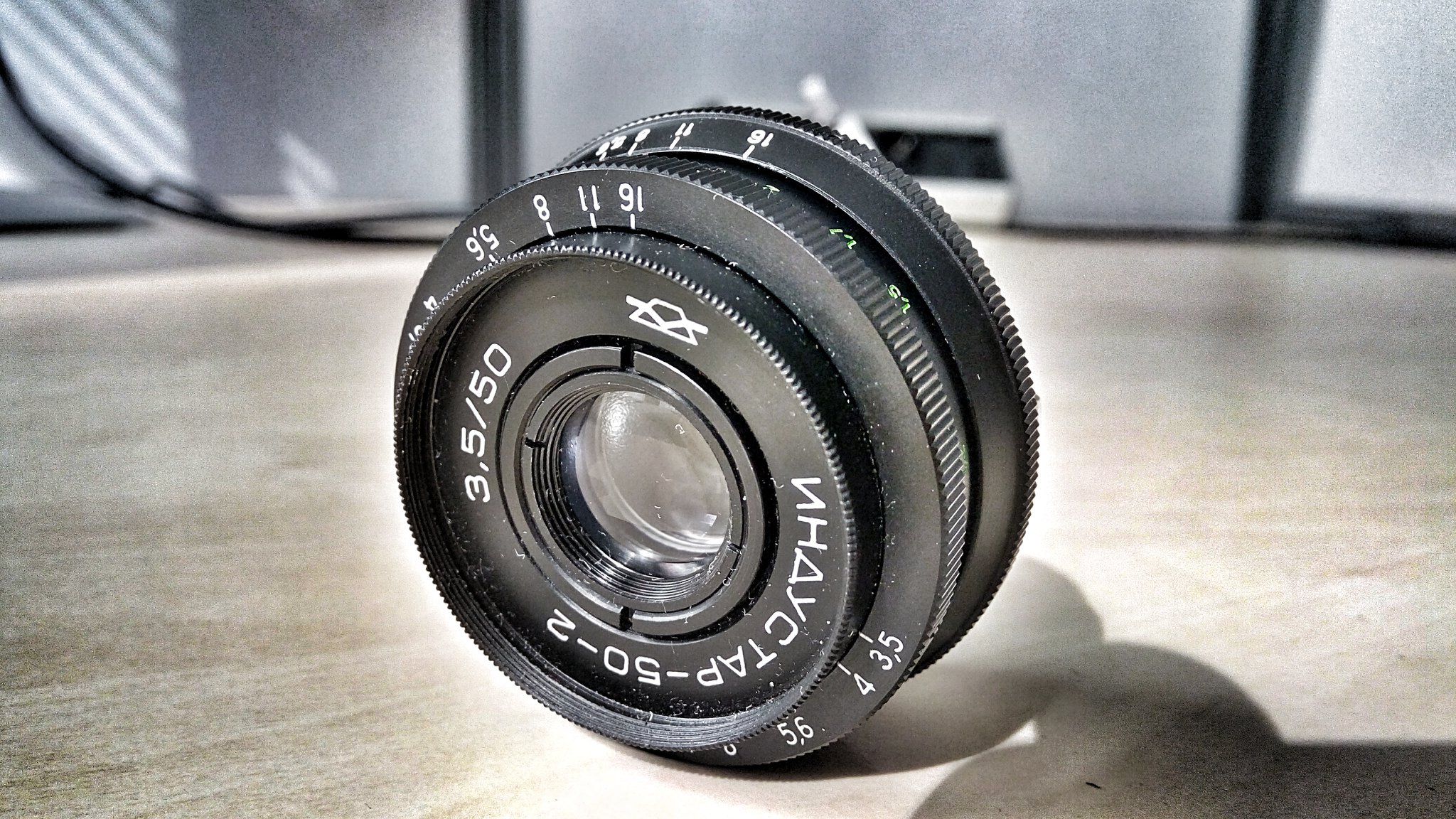 This time my sentiment calls me to a walk around with the Soviet pancake lens: the Industar 50-2 50mm f3.5 with the […]

I began to warm and chill To objects and their fields, A ragged cup, a twisted mop The face of Jesus in […]

Let’s entertain a timeline of some of the milestones within the development of Arabic and Islamic calligraphy. Consider this more a personal […]