Notions of ‘Islamic’ seem to poignantly bring up a question of essence at least since the seminal work of Edward Said on[1]. The problem might be seen looming in all of its subset cases to apply the term to various cultural and social phenomena, including the need to substantiate the concept of an ‘Islamic’ library in a milieu that exudes tenacious predilections to the issues of religious significance to Arabic writing[2], book production (wirāqa)[3], compiling bibliographical book lists[4], large scale prosopographical dictionaries (ṭabaqāt)[5], historiography[6], libraries and reading practices[7]. As if attempting to nuance the discussion on essence, Marshall Hodgson (d. 1968) has introduced the terminological distinction between ‘Islamic’ and ‘Islamicate’, with the latter referring “[…] not directly to the religion, Islam, itself, but to the social and cultural complex historically associated with Islam and the Muslims, both among Muslims themselves and even when found among non-Muslims”.[8] Yet, considering this proposed terminological subtlety, one is still driven to the problem of the boundaries between essential and accidental, facing the question of the definition of ‘Islamic’ per se, to which ‘Islamicate’ turns out to be but an accidental feature.

Looking at the case of ‘Islamic’ libraries in the above mentioned terms, an inquiry might tentatively take some possible directions. The first one would be related to contents, represented by selections comprised of mainly religious material, growing out of the early Muslim need to record the revelation (waḥy); in that aspect we can recall the precursors of libraries in the form of private book collections to store Qurʾānic copies (maṣāḥif), document ḥadīṯ and other religious literature, compiled and owned by individual scholars (ʿulamaʾ)[9]. Hence, another possible way to define an ‘Islamic’ library would be one of purpose, serving the need to support transmission of religious knowledge (ʿilm), as we see in the example of the libraries attached to religious schools (madāris), mosques or shrines, such as the famous Niẓāmīya madrasa (founded 1065)[10] in the late ʿAbbasid period. Along these lines, we can also approach the topic through notions of organization of the spatial hierarchy of a library to betray an adherence to an Islamic way of classifications of the type of knowledge (ʿulūm) and attaching value to them[11].

Hence, investigations into alleged religious character of libraries might be divided into causes relating to contents and purpose, religious justification and regulation. Within the latter trait ‘Islamic’ can also be perceived through the prism of foundational origin of libraries within the Muslim jurisprudence enforced by the law of charitable endowments (waqf). As long as Muslim jurisprudence (fiqh) in its theoretical (ʾuṣūl) and practical (furūʿ) areas is considered to be the primary domain of Islamic ‘knowledge’ to generate regulatory practice for the community of believers (ʾumma)[12], it turns out to provide a convenient framework for enduring institutional establishment.

Due to the nature of waqf law, there have been debates as to whether books and book collections might be subject to it, being considered a ‘movable’ (manqūl) property[13]; the waqf law itself has been known to undergo local and historical developments, serving a multiplicity of purposes[14]. Yet, it has remained the primary viable mechanism for the foundation of libraries outside of the private book collections until the time of the late Ottoman Empire[15]. The present paper would look at samples of library foundation in various geographical locations during the Islamic Middle Period (10th–15th centuries)[16], among which we see the preliminary examples of ‘The House of Wisdom (Dār al-ḥikma) of the Fāṭimī caliph al-Ḥākim bi-ʾAmr Allāh (d. 1021), the Dār al-ʿIlm of the Buyid vizier ʾAbū Naṣr Sābur ibn Ardashīr (d. 1025) in Baghdad, related later to the ‘House of Books’ (Dār al-Kutub) of al-Ṣābiʾ (b. c. 1026), as well as various donations of books (including Qurʾanic copies) to the collections within mosques and madrasas.

Available endowment information, scarce as it appears, pieces of waqf furūʿ law, and other historical founding details would be gleaned, in order to shed light as to whether we might single out distinctive characteristics shared among libraries with regards to their setup, purpose, contents, administration; or rather the Islamic legal framework should be construed primarily as a strictly formal one, only loosely associated with shaping the character of a library. All of these approaches, related to regulation, contents and purpose, though, might reveal deficiencies with regards to outlining a stable causal relationship between ‘Islam’ and a certain social or educational institution, which would eventually be needed in order to position a library beyond the scope of the accidentally ‘Islamicate’.

[3] J. Pedersen, The Arabic Book, Princeton 1984, and G. N. Atiyeh, The Book in the Islamic World: The Written Word and Communication in the Middle East, New York 1995.

[9] Cf. ʿAbd al-Ḥayy al-Kattānī, Tārīḫ al-maktabāt al-ʾislāmīya wa-man ʾallafa fī-l-kutub, Rabat 2005, where multiple source accounts on book collections by the ʿulamaʾ are reported in volumes bordering with gross exaggeration (cf. ‘[…] when we buried Mālik, we entered his house […] and found a chest full of twelve thousand ḥadīṯ reports of al-Zuhrī (d. 741)’, or the reported collection of the historian al-Wāqidī (d. 823), who ‘[…] had six hundred qamṭar-s of books, and every qamṭar of them equaled a camel’s load’ etc., ibid. 31–33 and on).

[11] See Ibn Ǧamāʿa (d. 1333), Taḏkirat al-sāmiʿ wa-l-mutakallim, 3rd ed.  Beirut 2012, 128: “[one] should follow a code of practice [‘discipline’, ʾadab] when ordering books in accordance with the branches of knowledge (ʿūlūm) and their dignity, authors and their excellence, as the noblest one are being put on top of all, and then takes care [to order them] gradually. Thus, if there is a copy of the Noble Qur’an (muṣḥaf šarīf), it is made to stand on top of all […], then the books of Ḥadīṯ, such as the Saḥīḥ [authentic compendium] of Muslim, then the commentaries of the Qur’an (tafsīr), then then the commentaries of the Ḥadīṯ, then the pillars of religion (‘doctrine’, ʾuṣūl al-dīn), then legal theory (ʾuṣūl al-fiqh), then jurispudential [practice] (fiqh), then grammar and morphology (al-naḥw wa-l-taṣrīf), then the poems of the Arabs, and then prosody (ʿarūḍ)”. 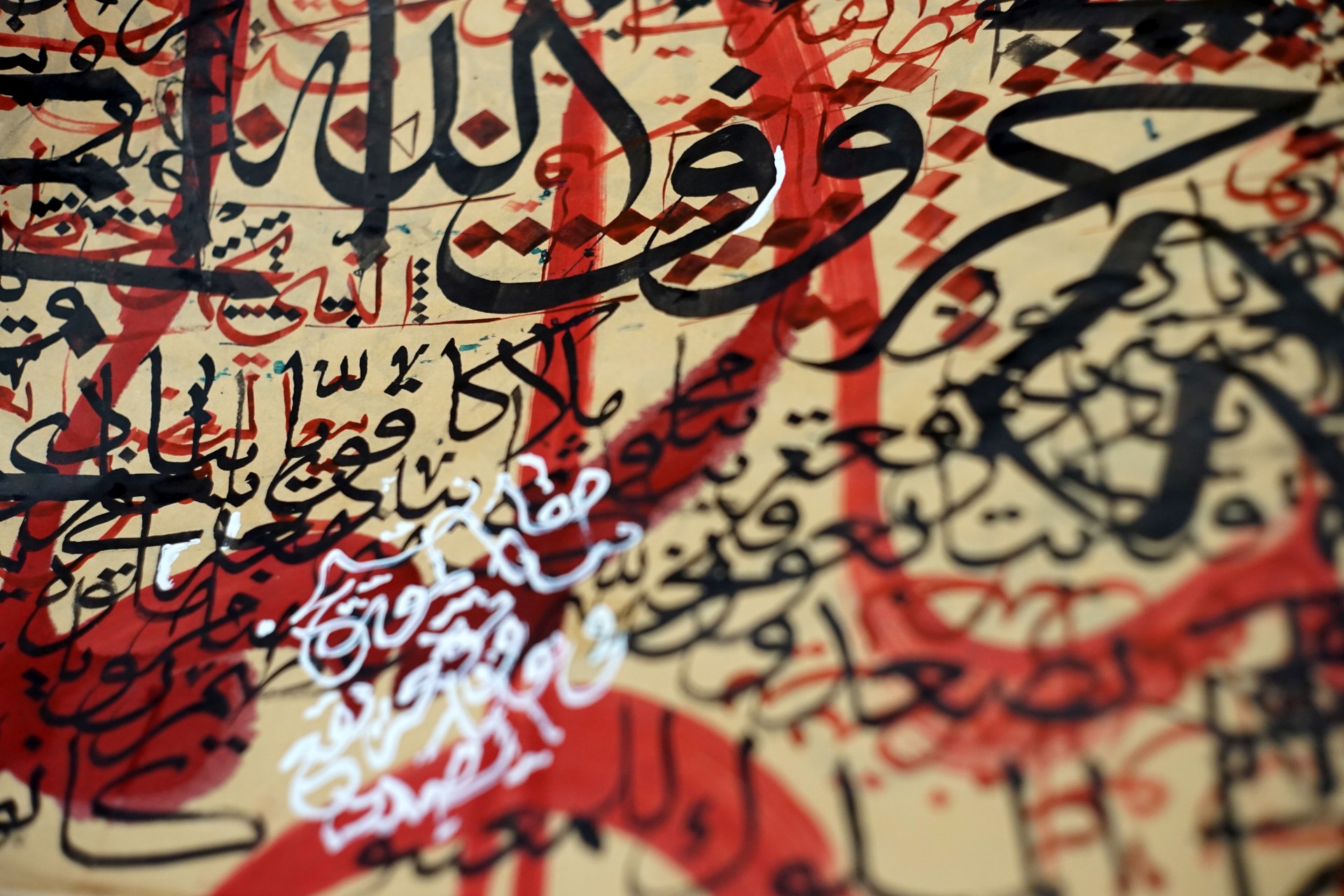 Or why resolving the force fields between an academic white-collar and a DIY self-ascribed authority can be surprisingly arduous, and how arguments […]