A calligraphy piece always starts blank, in infinite potentialities. One needs to choose among endless combinations of texts, media, scripts; a calligrapher faces an endless amount of possibilities of form that can – and shall – choose from.

But then, he can start a calligraphy piece in two ways, somehow opposite

One of them is to have a text in mind ready, just as me here: when walking some days with the Biblical ‘Worthy is the slaughtered Lamb” obsessively on mind, it simply presses for turning into a calligraphy piece. The other one, the opposite, is purely formal and I would not recommend it: use shape as a starter, e.g. “I like very much those rounded ‘ayns that can easily turn into a calligraphy roundel”. I rarely prefer the latter over the former; when I do, I usually follow the abstract genre of Arabic calligraphy such as the karalama (literally, ‘blackening’, a sketch) that has been developed from the calligraphy exercises of the great masters of calligraphy.

It is taking shape. Little by little. When you start drafting with a reed pen, it is a step closer.

Again, I am not at all content. Too thick a script, too much density, clumsiness prevails, composition seems to lack elegance, letter shapes are rude. The only outcome of it is the small rectangle down left, where I use the big letters to imagine a better composition that you can see enlarged below. We have a long way to go.

Some of the Ottoman calligraphers were known to keep drafts of their designs for years, until they take their proper shape. The morning draft below seems to be moving in a better direction. There is much to be desired still, but I like the extension (kashida) in the start of the composition after the sin letter, it gives a sense of dynamics, I feel better with the relation among the consequential ‘cup’ of the qaf, the ‘hanging’ (mu’allaqa) ra’ and the sharp pointed (mursala) waw. What immediately looms as an area of improvement, are the verticals of the alif-s and the lam-s; I feel that in another design they should be longer, and the space among letters might be increased to add more breath into the composition. The terminal ha‘ could not be fit in there.

A good basis. Let’s leave it aside for a while. Might take months until I come back.

If the lost word is lost, if the spent word is spent If the unheard, unspoken Word is unspoken, unheard; Still is […]

Let us start with three accounts that seem somehow chronologically separated. The first one is related to an online fatwā portal, where a certain […]

A cold coming we had of it, Just the worst time of the year For a journey, and such a long journey: […] 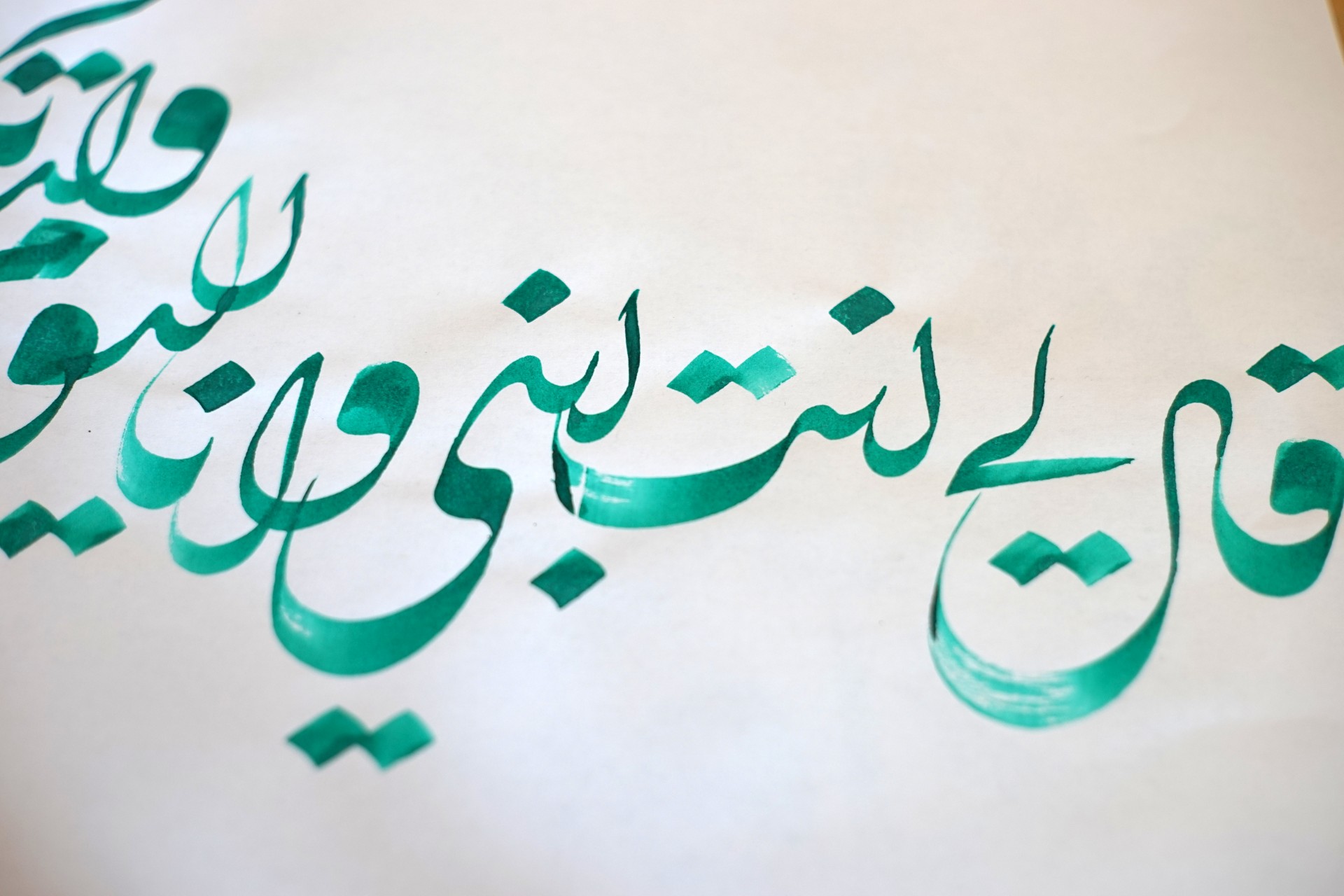