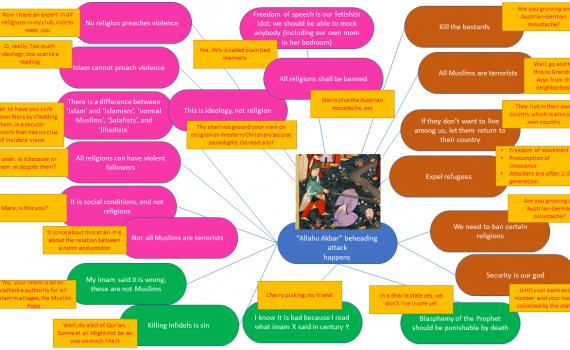 Today we have it again. Three people have died in a knife attack at a church in Nice. One elderly victim was „virtually beheaded“, officials said.A male suspect was shot and detained. Nice Mayor Christian Estrosi spoke of „Islamo-fascism“ and said the suspect had „repeated endlessly ‘Allahu Akbar’ (God is […]